HOKA has been building out its trail running shoe collection and now offers plenty of options for a variety of runners.  The new HOKA Challenger 7 has been reimagined to feature a mesh upper, a soft new midsole foam, and an increased stack height for more cushion. The Challenger 7 is a great hybrid option for the runner that incorporates a mix of trail and road in their runs. If you’re looking for a dedicated trail shoe from HOKA, the HOKA Speedgoat 5 or the HOKA Zinal are great options. 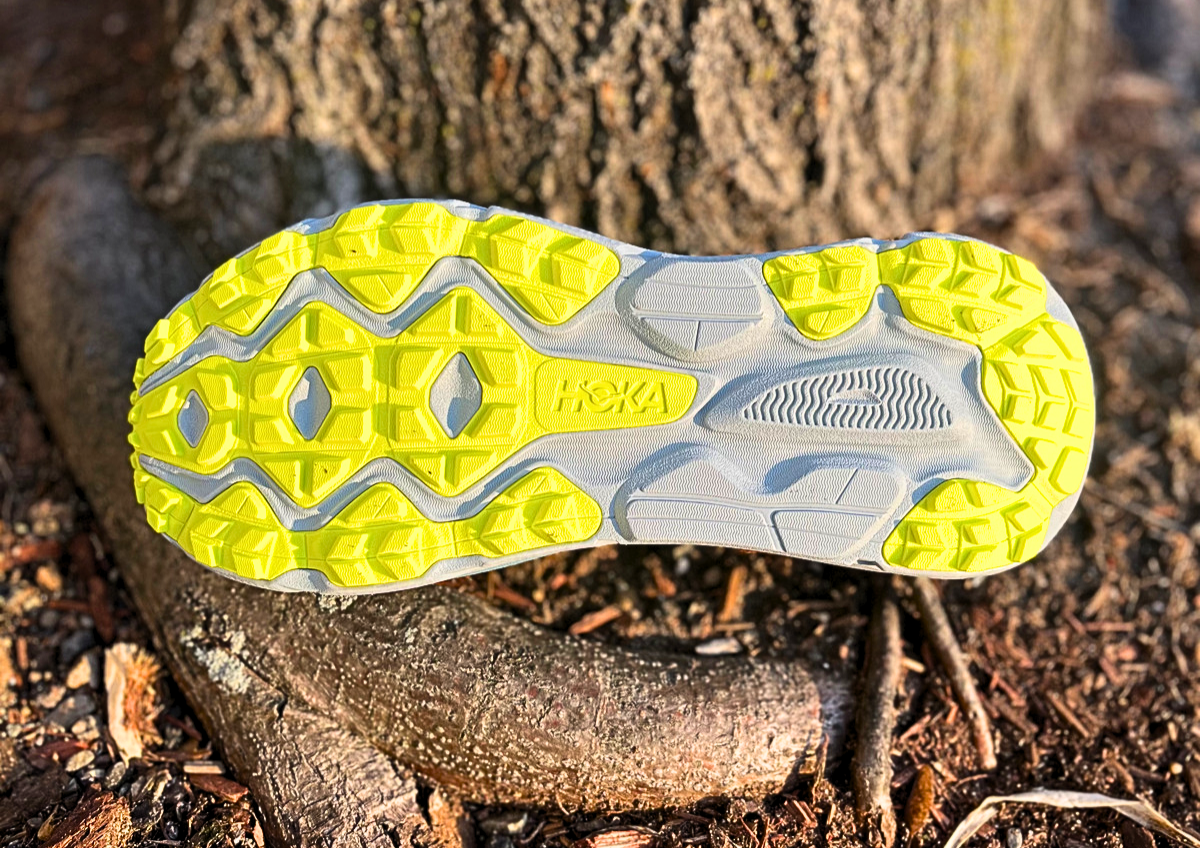 The Hoka Challenger 7 takes you from the trail to the road and back again with its incredibly versatile performance. This shoe is comfortable in a variety of conditions thanks to the updated CMEVA foam and lugged outsole with Durabrasion rubber.

This new version took inspiration from gravel bikes to bring you an updated outsole layout. Featuring 4mm lugs that help increase traction on trails while maintaining a smooth ride on roads.

“Running in the Challenger 7 was a new experience for me but they felt comfortable wherever I ran. Moving from the sidewalk to the trail near my house was seamless,” Cody says. “I thought the lug size was perfect for road and local trails but might go for something more aggressive on a more technical route.”

Another update to the Challenger 7 was increasing the overall stack height of the shoe, giving it an even more plush feeling than before. Adding this cushion doesn’t come at the cost of added weight. In fact, HOKA was able to make this iteration even lighter than the last while increasing impact absorption. This was assisted by the redesigned, simple mesh upper that helps keep you feeling light and agile on your feet.

What’s Changed From The Previous Version?

As a well-rounded trail and road running shoe, the Challenger remains the same, however, there are some key differences this time around The most notable is the increase in overall cushion HOKA added by increasing the overall stack height.

Next, the outsole layout has been redesigned to provide optimal versatility for whatever terrain you encounter and allow for smoother transitions between them.

Last, but certainly not least, the Challenger 7 is about an ounce lighter than its predecessor, partially helped by an updated mesh upper that keeps you feeling secure and light on your feet.

Where Does The Challenger 7 Shine or Fall Short?

The HOKA Challenger 7 fits the term jack-of-all-trades well, which is difficult for one shoe to pull off. The 4mm lugs help give it the traction needed for the trail but aren’t obstructive when running on the road. The added stack height at a lighter weight is ideal for those looking for a little extra cushion but not willing to compromise on a heavier shoe.

All points presented, the 4mm lugs aren’t ideal if you’re looking for the most traction possible on a muddy trail and aren’t really necessary if you’re only running on the road. However, if you’re consistently switching between road and offroad, it’s hard to do better than the HOKA Challenger 7.

Saucony is introducing a new update to their Endorphin Collection, the Endorphin Pro 3, and…

For years, having supportive running shoes meant a posted piece of dense foam nested against…